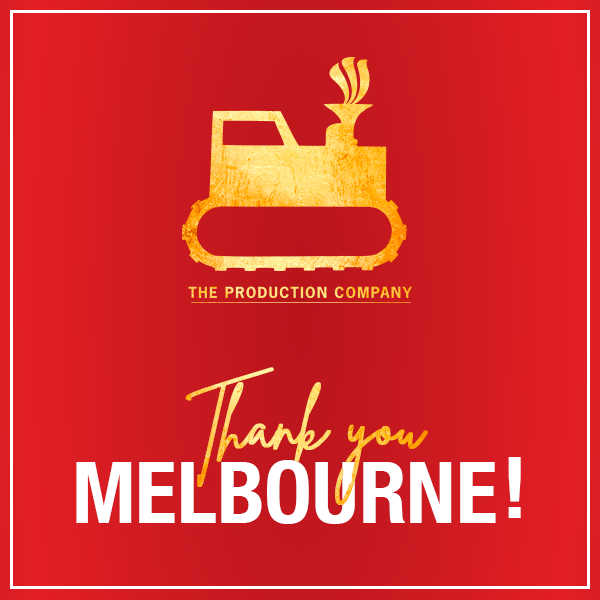 THANK YOU FOR BEING PART OF THE PAST 21 WONDERFUL YEARS.

With more than a million tickets sold and thousands of jobs created, it’s time to say goodbye.  Thank you to our artists, audiences, creatives, crew, musicians, makers, patrons, sponsors and subscribers. You have have been our Production Company family.

We’ll see you at the theatre!